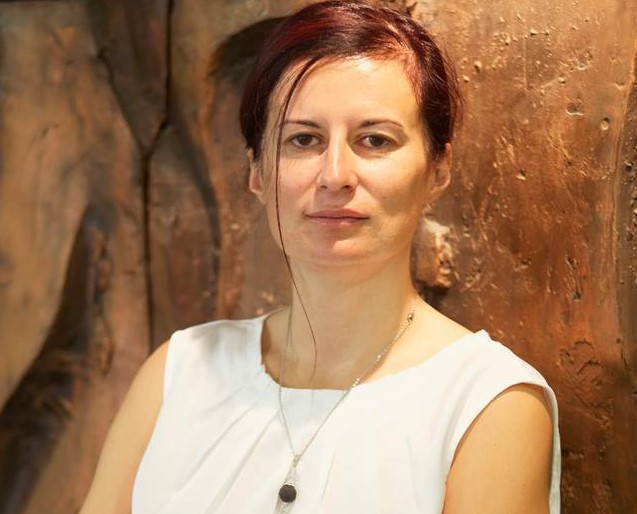 She is a team player and a person with a champion’s spirit, energy, and professionalism. A true diplomat in the field of Bulgarian tourism, who works with great dedication, resilience, adaptability, foresight, and courage for the development of health tourism in our country and for her birthplace – Chepelare. Yes, many realize that these words best describe Siyka Katsarova – chair of the Bulgarian Union of Balneology and SPA Tourism, and vice-president of the European SPAs Association.

She stated on her professional path in tourism at the tender age of 16, when she became a ski instructor in her city on the ski slopes of the Mechi chal area. “I went through all the major levels in the hospitality sector – waitress, bartender, receptionist, manager of the hotel part at the “Pamporovo” resort, and then I worked at the “Albena” and “Golden sands” resorts,” recalls her first steps in tourism Katsarova. At the age of 20, she was already invited to become the secretary of the Executive Director of Pamporovo AD at the time when it was still a state-owned enterprise, and later became an eye-witness of the privatization of the resort.

“In those years, I gained extremely valuable experience. Later, I worked at the “Marketing and sales” department, and then as a Commercial director at the first private Bulgarian hotel chain, Sharlopov Group,” tells Siyka Katsarova, and adds that it was it one of the company’s hotels that the first SPA center in Bulgaria was opened – “Murgavets” in Pamporovo in 2002.

Men still dominate in the world of business, politics, and tourism, but Siyka Katsarova has found the formula to reach the highest positions in tourist management.

“I am a team player, and I work great with people – regardless of their gender. I get along with and I cooperate wonderfully with anyone who is not lazy and has the will to learn, I work with any professional. And you know that we women are able to let our ego fade into the background when we believe in a certain cause, in a given idea. Diplomacy is the word! I am all about the end result. My star sign is Sagittarius, and in my work, I always pursue short-term and long-term goals – so as not to get lost and waste the time and motivation of the people I have swept up to run along with me,” admits Katsarova.

Her friends and co-workers know her as a person full of positive energy, with a drive to unite valuable people to realize meaningful projects. They know her as a dedicated person and a professional. Time has proven that! It turns out that she is not unlike her family, and her roots are what gives her the strength she taps into for her energy and drive for work.

“I was born in a family of a biology teacher and a cross-country skiing instructor in the beautiful and majestic Rhodope mountain, in a town of champions – Chepelare, known as the Green heart of Bulgaria. I was brought up to be responsible and to work hard. I have been actively involved in sports for 12 years – orienteering – in the winter and summer variety,” tells Katsarova. She notes that sport made her a fighter: “It teaches you to overcome yourself when you think you can’t go on, to follow fair play, it strengthens both the body and the mind. I realize that sport has given me so much in those childhood years. Thanks to the orienteering training, we learnt to think fast, in a combinative way, and under stress. Invaluable schooling! It is a shame that it is not an Olympic sport, it would draw more attention.”

Since March 2018, Siyka Katsarova has been the chair of the Bulgarian Union of Balneology and SPA Tourism. Previously, she has held the position of the vice chair. She was among the founders of BUBSPA in 2006 when she and another 8 people – investors and expert medical professionals – laid the sound foundations of the organization. Today, her personal cause is to promote Bulgaria as a destination for health tourism– 4 seasons.

“This is a cause which motivates me to dedicate a large part of my personal time working for the development and promotion of Bulgarian Medical SPA, SPA and wellness tourism. The Board of Management and the Supervisory Board of BUBSPA, including myself, are not appointed to work at the organization – we are united by the mission for Bulgaria to be a year-round and competitive European destination for health tourism,” says Katsarova.

Covid-19 changed tourism in 2020 and brought the importance of health tourism to the forefront. The most important decision everyone in ESPA and BUBSPA took was not to stop, and to keep talking and raising awareness about the important role of prevention, using Bulgaria’s natural resource – climate, mineral waters, peloids, herbs. To promote the important role of Bulgarian balneological resorts.

“Today, it is important to inform more politicians in Brussels about the importance of prevention in favor of strengthening people’s immune system, and the role of European health destinations is a major one in the work of the European SPA Association. As its vice-president, together with a team of colleagues from ESPA, we held a number of meetings, including with the EU Commissioner Maria Gabriel who is responsible for youth. We suggested, through the Transport and Tourism Commission (the responsible Commissioner is Thierry Breton), programs to stimulate Europeans to use natural healing factors to improve their health status. We are convinced that including prevention with a larger budget in Europe’s health policies will lead to a healthier population, and will certainly reduce healthcare costs,” shares Katsarova.

Partnership between BUBSPA and the German-Bulgarian Chamber of Industry and Commerce is an example of how significant success can be achieved which influences Bulgarian economy. We seek an answer to the question of how such coordination is achieved, gaining the trust of German healthcare funds, coordination which became a sound bridge in the triangle of politics – business – consumers.

“I have been a member of the health committee at GBCIC since 2014. For more than 20 years, the sector was concentrated on achieving recognition for Bulgaria as a high-quality destination where insured citizens of European countries can receive services in the area of prevention and rehabilitation. For me, and for my colleagues at the BM of BUBSPA, this project was defined as a priority in 2017. I held a few conversations with the chief manager of GBCIC – Mr. Mitko Vasilev, in the course of which I introduced him to the latest regulatory developments with regard to the SPA sector, informed him about the preparedness of our centers to meet citizens with German health insurance – the most demanding market in my opinion. I am grateful to him for convincing the BM of GBCIC to support this important project for Bulgarian tourism, and for convincing the vice-manager of BGCIC, Mrs. Karmen Schtruck to undertake coordination personally. To me, she is an exceptional professional and a person who works with great energy on this project. Together with Mr. Vasilev, we held meetings with the Minister of tourism, who supported the project jointly with Dr. Tatyana Angelova – chair of the Physical and Rehabilitation Medicine Association (at the time), we also held talks with Dr. Daniela Daritkova – chair of the health commission, with Minister Ananiev, prof. Kostadinova – vice-rector of MU Varna, with whom we had discussed, in her capacity as vice-minister of healthcare back in 2009, the subject of healthcare funds. We united colleagues from leading Medical SPA centers in our country, and on 20 September 2019, we received confirmation from the German National Association of Healthcare Funds (GKV-Spitzenverband), which extended the list of countries where the provision of medical out-patient services is recognized. The total number of recognized countries is 14, and since 20 September 2019, Bulgaria was added to the list.

“Universities have a key role, but business as well. We have a great partnership with MU Varna. We have outlined a plan for work aiming to attract more and more young people to specialize and pursue a career in health tourism. We need targeted programs and good partnership between business and universities, which we are implementing with this university. We also have a partnership with the International Business School,” says Katsarova.

Outside of her work, Siyka Katsarova likes to spend her leisure time practicing sports among nature. She replenishes her energy with SPA procedures using Bulgaria’s natural resources. Chepelare and Pamporovo hold a special place in her heart, but her favorite places include also Bulgaria’s historical thermal resorts (the destinations Kyustendil, Sandanski, Velingrad, and Hissar), as well as the options provided by the Northern Black Sea Riviera – at the “St. St. Konstantin and Elena” and “Albena” resorts which offer world-class sites and professionals.

When she is in those places, “I feel ready and energized for the next task,” admits Katsarova, and her next goal is “for Bulgaria to be the preferred destination for health tourism among Europeans.” 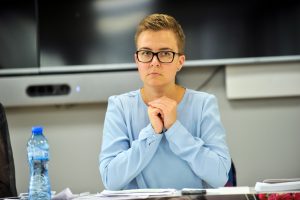 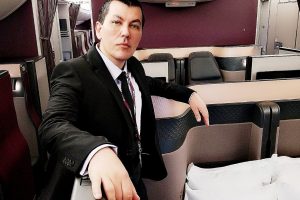 What is there in the Castle?
Minister of the Tourism Industry and a Dialog Expert